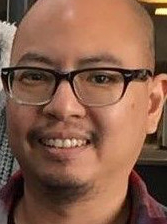 Zhan Chiam. Creator: private. All rights reserved.Zhan Chiam is ILGA’s Gender Identity and Expression Program Officer. Zhan grew up in Singapore and moved to Sydney, Australia when he was 19. He has a background in queer grassroots activism in both countries. Zhan qualified as a solicitor in New South Wales and has worked as a judge’s associate, a legal and policy officer for government, a caseworker in a refugee NGO in Thailand and in UNHCR Pakistan. He also worked at a strategic litigation organisation in Europe on trans human rights litigation.

Caroline Ausserer: In December 2015, the UN Refugee Agency (UNHCR) launched the report “Protecting Persons with Diverse Sexual Orientations and Gender Identities.” It is the first global overview of the progress the UNHCR has made in protecting lesbian, gay, bisexual, transgender, and intersex (LGBTI) asylum-seekers and refugees. Could you tell us how this report came about and what its purpose and objectives are?

Zhan Chiam: The UNHCR had already released a couple of guidelines on LGBTI refugees and a training tool, which is a very detailed training package on LGBTI issues in refugee work. I think they realized that they need to look at these issues more systematically. Whereas the guidelines are useful – I know they are developed by the legal unit in Geneva – it is very much a product of the head office, and from looking at the report they are trying to ask their field offices about the actual situation on the ground.

What are the main dangers, threats, and problems for LGBTI asylum-seekers and refugees when they flee their home country?

LGBTI asylum-seekers and refugees will tend to keep their sexual orientation or gender identity – and I have never heard of an intersex case – a secret. They are stigmatized within their own families and communities. When they start crossing international borders and claim asylum, they do not have the support that other refugees have. If, for example, you are a refugee fleeing your home country because you are a religious minority, you will tend to have people from that same group in the next country. But LGBTI people are particularly vulnerable because the persecution from the state filters down to every level, including the family level. This means they do not have the support other refugees have. They often have to hide their identities, which is a problem especially in housing and camp situations and in all the social situations they have to go through.

The report is based on the results of a global project undertaken from July 2014 to May 2015 in 106 UNHCR offices all over the world. What are the highlights and have you identified any problem areas?

The report is very big on carrying out training for those staff and partners who provide counseling and housing support, and for government partners. As far as I know, the difficulty is that UNHCR is used to having internal training and tends to be unfamiliar with external training. However, it is the first time they have these LGBTI training packages, which hopefully will be rolled out and will be made mandatory rather than elective. The problem might be that there is a lot of local resistance and also the trainers need to be trained properly. It needs to be partnered with groups like ORAM and with a local staffer.

I also want to highlight that the report shows that not many of UNHCR’s operations are partnered with local LGBTI organizations, which I think is something that really needs to be addressed. Partnerships are very important. Partnerships with local NGOs and local SOGI activists and advocates was something like 14 percent, which is very, very low. This very much indicates a preference for institutions that they recognize rather than LGBTI organizations that they might not recognize as having the same level of importance.

In many countries LGBTI persons are still not protected within the asylum policy; they are not recognized as a “particular social group.” And even where legal protection exists, the report shows that such protection may not be guaranteed in practice. What needs to be done? What possible durable solutions exist for LGBTI refugees?

In terms of durable solutions, there are three possibilities: (1) they could return to the country of origin if there is a change of situation, or (2) they could be integrated locally, in the host country where they seek asylum (e.g., Afghan refugees in Pakistan), or (3) they could ask for resettlement and move to a country that is willing to receive them. For example, for people who are fleeing a country because of their political opinion, refugee law says that they can return to their country of origin if there is a change in the political regime that allows these people to return safely. For LGBTI refugees the issues are systemic and cultural, and ingrained in society. Even if there is a change of government for example, social change is not so easy. If they move to a host country, the integration is often difficult. Because of their vulnerable situation, the best and most durable solution for LGBTI refugees is the resettlement option.

Are there – or should there be – differences between LGB&TI when it comes to protection concerns?

I think at the moment there is an understanding of sexual orientations in most parts of the world and in most UNHCR offices. For gender identity and intersex most people would not have heard about it in the field locations. Some 70 percent of UNHCR operations are classified as hardship locations, which means they are considered dangerous for the staff. So you have this very tenuous situation, and for people to come out as trans or intersex is going to take a lot in terms of them explaining to the staff members exactly what that is in the first place. If there is a local term it might be easier, but then they face a lot of prejudice. They need capacity building within those areas, and they need capacity in terms of differentiating intersex from trans.

Has ILGA been invited to contribute or to give some trainings?

ILGA is a membership organization and we do not do refugee work per se, but we would definitely refer to the expertise of places like the Organization for Refugee, Asylum and Migration (ORAM) as trainers, and also the International Commission of Jurists (ICJ) – they have just released guidelines on interpreting international refugee law for LGBTI people. I think it would be great for the UNHCR to work with these agencies. For me there is a gap between local LGBTI groups in the country of origin, LGBTI groups in a receiving country, and the decision makers in the place where the refugee is seeking status. There should be a link between them, because people providing legal services to LGBTI refugees may not know these issues perfectly and they need more information from the home country or experts in order to provide protection. Without home information the cases cannot be dealt with properly.

Could the part of the report about training on SOGI issues also be used, for example, by German institutions and organizations working with asylum-seekers and refugees?

The training part should definitely be used by German institutions. In fact, it should be standardized around the world. There are more and more refugees identifying as LGBTI around the world. In the past refugee decision makers did not think about this group, but now it is recognized in most cases as a “particular social group.” These guidelines make it clear that LGBTI individuals should be recognized as refugees when they have a well-founded fear of persecution.

Thank you for the interview.

The UNHCR report „Protecting Persons with Diverse Sexual Orientations and Gender Identities“ was launched in December 2015. It is based on results of a global project undertaken between July 2014 and May 2015 in 106 UNHCR offices all over the world.

The reports notes that legislative, social and cultural discrimination against LGBTI (lesbian, gay, bisexual, transgender and intersex) persons is pervasive global. The majority of challenges surrounding the protection of LGBTI refugees stem from the criminalization of LGBTI identity, expression and association in most of the countries the UNHCR operates.

The offices report that LGBTI asylum seeker and refugees are subject to severe social exclusion and violence both by the receiving countries and the asylum seeker and refugee communities. They are often subject to insensitive and inappropriate questioning during various stages of the refugee status determination procedure. The lack of understanding of diverse experiences related to sexual orientation and gender identity may impact negatively in the examination and assessment of the credibility of individual asylum claims.

There is a very low degree of acceptance noted in the accommodation facilities, in particular in camp situations and immigration detention facilities, where LGBTI persons are often subject to abuse and/or exploitation both by detention authorities and other inmates. Almost one third of participating offices have reported having assisted LGBTI persons to access justice mechanism in countries of asylum. 60 percent of the offices have assisted LGBTI persons in access to health care.

The report calls for trainings addressing specifically the reception and registration staff. Almost all offices call for more training on these issues and a platform to share best practices in similar cultural and social settings.