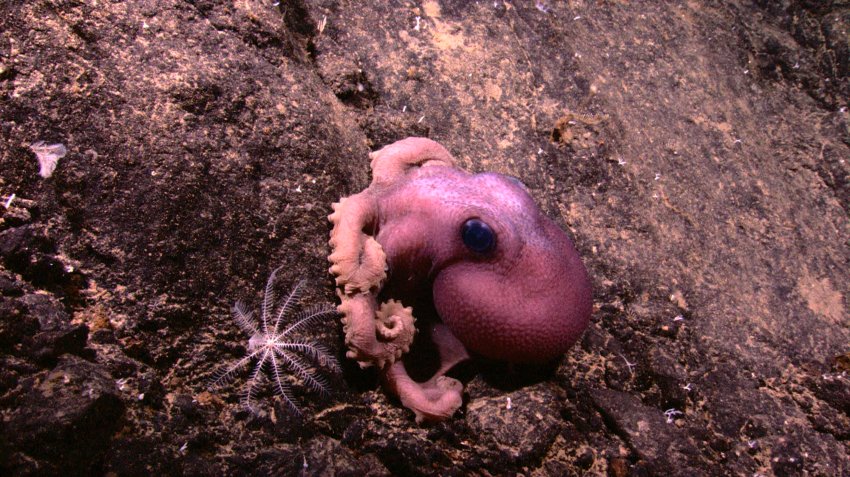 This image provided by NOAA shows a close look one of the many interesting images collected by the Little Hercules ROV during the INDEX 2010 Exploration of the Sangihe Talaud Region off Indonesia in July. Scientists using cutting-edge technology to explore waters off Indonesia were wowed by colorful and diverse images of marine life on the ocean floor _ including plate-sized sea spiders and flower-like sponges that appear to be carnivorous. They predicted Thursday Aug. 26, 2010 that as many as 40 new plant and animal species may have been discovered during the three-week expedition that ended Aug. 14. (AP Photo/NOAA Okeanos Explorer Program)